Casr creates automatic reports for crashes happened during program testing or deployment. The tool works by analyz-ing Linux coredump files. The resulting reports contain the crash’s severity and additional data that is helpful for pin-pointing the error cause.

Casr solves the same problem as Apport, an open source system, but in contrast with it, Casr estimates a crash’s sever-ity and provides a list of open files and network connections at a crash time.

Who is Casr target audience?

Casr is deployed in a number of Russian companies and ven-dors as an add-on tool to ISP Crusher. Casr will be included in the Crusher distribution within the next two years. 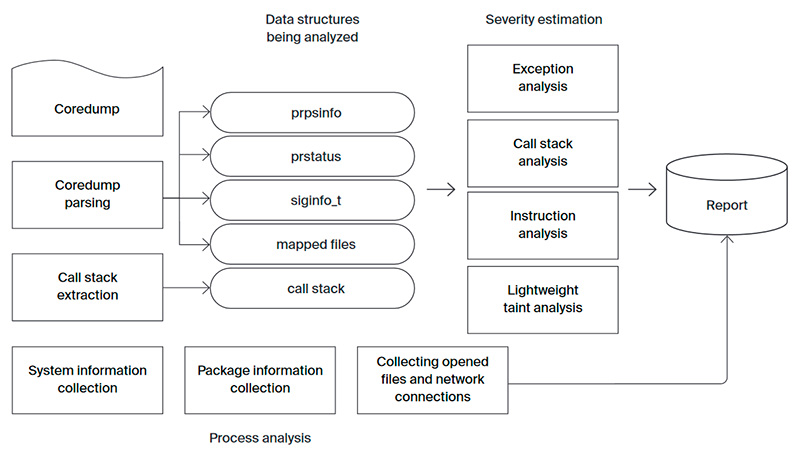 Back to the list of technologies of ISP RAS