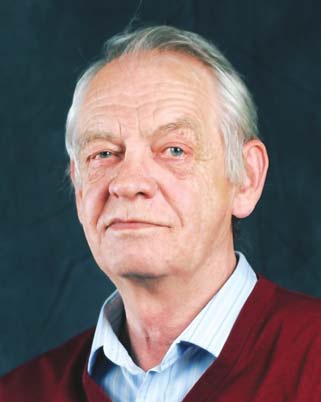 May 3-4, 2018 Russian-Armenian University will host an international conference dedicated to the memory of Viktor Ivannikov, a prominent computer scientist, founder of the school of system programming, one of the first developers of operating systems in Russia. Guests of the conference will take part in the unveiling of the traditional monument "khachkar" in honor of Academician Ivannikov. Students and followers of Viktor Ivannikov, IT specialists from different countries appreciate greatly his contribution to the computer science, cultural ties, friendship between Russia and Armenia, they have jointly reared a khachkar (a stone stele with a cross) on his behalf. The khachkar is installed in the Khor Virap monastery, associated with the name of St. Gregory the Illuminator - the Baptist of Armenia.

Renowned specialists in the field of computer technology, such as Professor Dionysios (Dennis) Tsikridzis, president of the Scientific Council of the Hellenic Foundation for Research and Innovation; Dines Bjørner, Honorary Professor of the Danish Technical University; Akaf Schuster, professor of the Faculty of Computer Science of the Technion, a member of ACM (Israel) will take part as keynotes speakers at the Ivannikov Readings.

Unveiling of the khachkar dedicated to Academician Ivannikov will take place on May 4, at the monastery of Khor Virap (Artashat) at 11:00. The idea of making the khachkar belongs to Father Taron, rector of Khor Virap, who intimately knew and respected greatly Victor Ivannikov. He was supported by the academician’s friends and students who decided to rear the khachkar officially on behalf of the community which appreciates Ivannikov’s contribution to the IT development, transfer of knowledge, high technologies, and education between Russia and Armenia.

"We are setting up the khachkar on behalf and in honor of Viktor Ivannikov as recognition of the great man's merits, as a memory of his contribution to the science and culture of the two countries, as a symbol of our future victories," said Arutyun Avetisyan, Ivannikov’s student and his successor as director of ISP RAS. "Ivannikov's school has carried on the best traditions of Academician Sergei Lebedev, one of the founders of computer technology in the USSR. This year Russia, Armenia and other CIS countries celebrate 70-th anniversary of computer science in USSR. Our collaboration and joint technological achievements have stood the test of time; strong ties, both working and friendly, have been created, preserved and developed."

The laboratories at the Russian-Armenian State University in Yerevan and Yerevan State University, have been functioning successfully all these years, under his scientific guidance; they continue to work and graduate over 150 students and postgraduates, in total.

"My acquaintance with Armenia began in Moscow, during the first days of work at the Institute, by getting acquainted with the students who came from the YSU laboratory to write a bachelor's degree," recalls Shamil Kurmangaleyev, senior researcher at ISP RAS. "They worked in a laboratory run by Viktor Ivannikov in Yerevan. These internships created an atmosphere of friendship and professional trust. The next step was business trips to Armenia guided by Ivannikov. The working days were intense, interesting. Then he acquainted us with the historical heritage of Armenia, we visited his favorite places, learned the history of the ancient Armenian people, their originality and special attitude to life based on deep faith in God."

Ruben Topchyan, Director of National Center for Professional Education Quality Assurance Foundation, Armenia, agrees with his colleague: "Viktor Ivannikov was preparing a young generation of Russian scientists in the atmosphere of people's love, proudly presented them Armenia, which he loved sincerely. He perceived this land in a very special way. Here he had places where he liked to come, and people who he liked to talk with. The khachkar is erected in a sacred place for every Armenian, first of all, as an embodiment of friendship between our peoples and, of course, due to his great merits in supporting Armenian science and education."

The conference is supported by IEEE, the largest international nonprofit association of IT professionals.