Scientific cooperation of ISP RAS with University of the Republic (Uruguay) 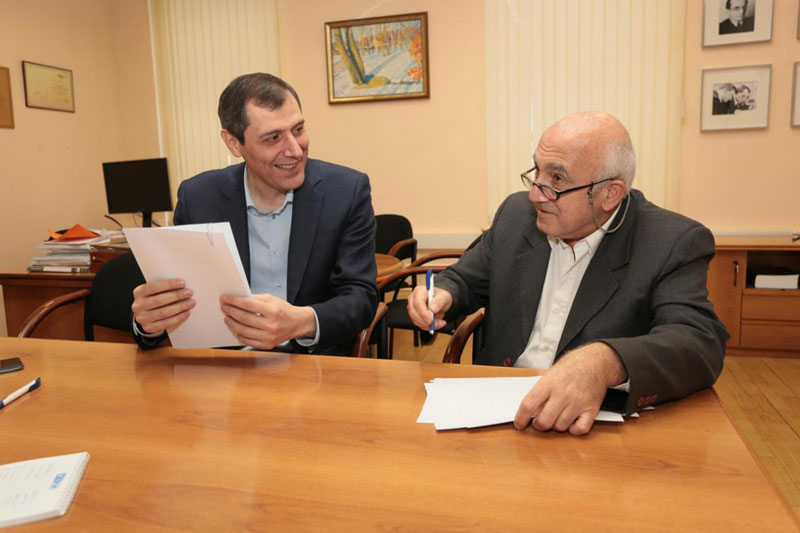 On April 4, the Institute for System Programming of the Russian Academy of Sciences signed an agreement on scientific cooperation with the University of the Republic (Universidad de la República, UDELAR). The purpose of the agreement is to promote the development and dissemination of cultural ties, scientific and technological research, and higher education. The decision to sign documents on cooperation, the institute and the university were guided by the current agreement between the governments of Russia and Uruguay on cultural and scientific cooperation signed in 1997.

UDELAR is one of the largest educational and research centers of Latin America, an independent state university that is managed by teachers, students and graduates. 120,000 university students that correspond to 3.6% of the total population of Uruguay (the highest relative registration for a university in Latin America).

ISP RAS and UDELAR already have experience of scientific exchange and joint participation in IT events. The cooperation of the Institute's staff with Uruguayan colleagues began thanks to the joint work in the Go4IT project of the Sixth Framework Program of the European Union in 2005-2008. In 2015, on the initiative of ISP RAS in Moscow, the conference "Cloud computing: education, research, development" was held, in which Professor Sergio Nesmachnow took part, presenting development of effective optimization techniques to solve complex problem using distributed computing systems. As a result of the conference, a joint scientific article was published by Uruguayan and Russian scientists.

Director of ISP RAS, Corresponding Member of RAS Arutyun Avetisyan commented on the signing of the agreement: "We live today in conditions of high mobility of scientific personnel, ideas, open global competition. The expansion of scientific cooperation provides additional opportunities for producing technologies that are in demand around the world. For many years our institute has been implementing joint projects with such university and research centers as Cambridge, Carnegie Mellon, University of Passau, INRIA, etc. Now we are considering different areas of cooperation with the University of the Republic (Uruguay) - joint research, publication of articles, events, training And advanced training of teachers and researchers."

Rector of UDELAR Dr. Roberto Markarian highlighted on the importance of the agreement: "ISP RAS is a leading institute on system programming, developing high quality research on many scientific fields including scientific computing, distributed and high performance computing, data analysis, etc. These fields are very important in many application areas currently being developed and applied in our country to improve production, social and cultural development, and quality of life. In addition, ISP RAS has a long list of academic and commercial partners, which will promote innovation in joint projects of common interest. The cooperation will also allow developing international exchange programs for academics, students, and researchers between the two institutions, as well as exchanging scientific information, methodologies and teaching experiences".

Regarding areas of this cooperation to note in particular, Rector Markarian stated: "Scientific computing and Big Data processing using nowadays distributed computing infrastructures emerge as two key research areas to improve the quality of life in modern societies. These topics are currently developed in our institutions and will certainly further improve thank to the synergy between research groups in ISP RAS and Universidad de la República".

University of the Republic is the leading institution of higher education and research in Uruguay. In collaboration with a wide range of institutional and social actors, UdelaR also performs multiple activities aimed at socially valuable use of knowledge and dissemination of culture. It is a public institution, autonomous and co-governed by their professors, students and graduates.