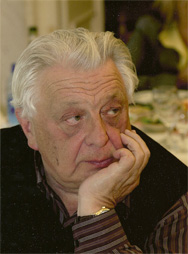 Igor Lavrov – the leading research officer of Theoretical Information Department of Institute for System Programming of Russian Academy of Sciences (ISP RAS). He is a specialist in Mathematical Logic and Theory of Algorithms. His main directions of investigations are recursive functions, elementary theories, reducibilities, degrees of unsolvability, recursively enumerable sets, generalizations of complexity and so on.

Igor Lavrov is the author of more then 50 works in mathematical logic and algorithms theory. Jointly with L. Maksimova he wrote monograph "Problems in Set theory, Mathematical Logic and Theory of algorithms". This book to run into five editions on Russion and it was translated on English, Hungarian and Polish.

Now Igor Lavrov had placed on site of ISP RAS numerous bibliography of The General Theory of Computability in which entered more then 3000 books and articles of the given subject including more then 800 on Russion.